An Attempt at an all inclusive Magic Knight Rayearth Information Site

If you ever wondered what you may have missed by not coming sooner, we thought we’d let you have a look at our website’s evolution over the years.

(Please ignore the bad JPGs. Those are the only images I have of the layouts now, so there is little helping them)

This was the first layout I made for this site. It lasted for almost two years and carried over from the Geocities site.  ( I used to have an old link back to the Geocities page, but with Geocities now gone, it may never have one, though there is a chance since Reocities is trying to find all the old pages) 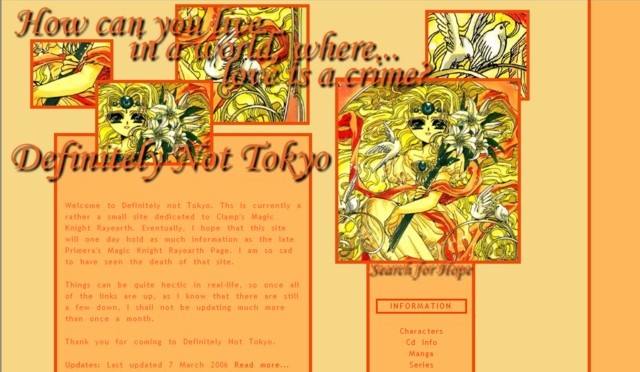 This was the short lived version two. It was too much to keep up with while the site is still growing like a weed. Something like this might be used again when the site becomes more static. 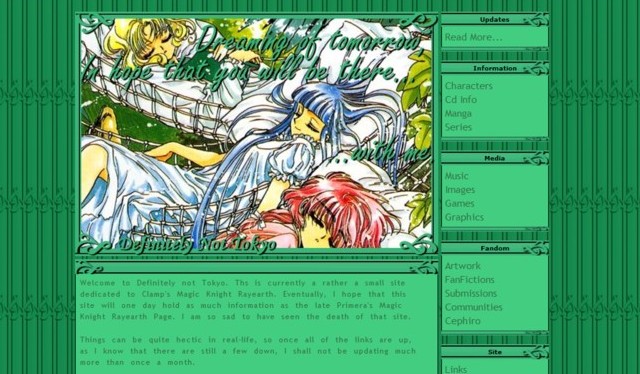 Yes, back to I frames. It is just easier to manage while the site keeps growing so much in such a little expanse of time. 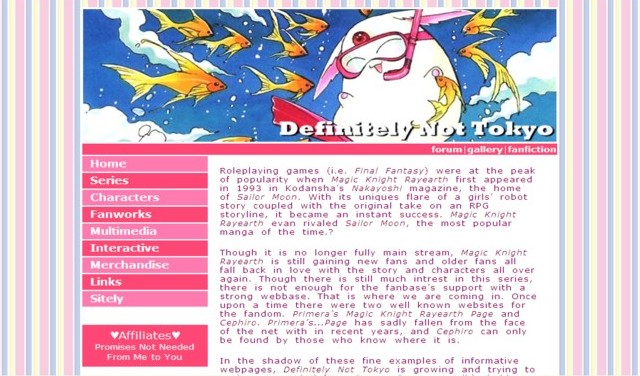 Using frames again, we have a lovely layout with Mokona. I was on a bit of a pastel kick. Knowing my trends the next one might be dark. 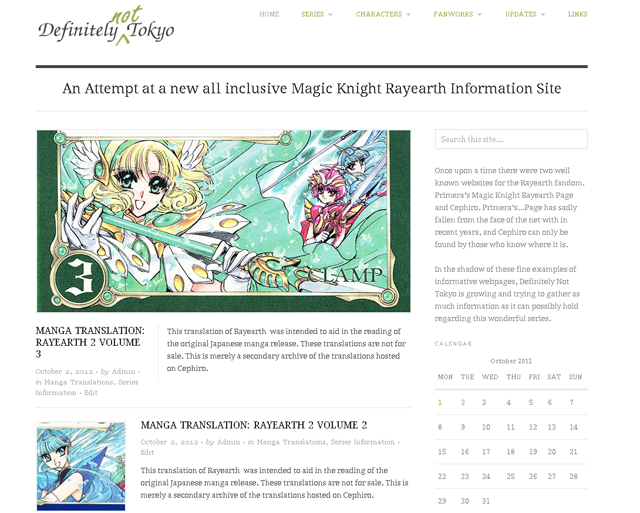 We not only changed hosts again, but we switched to WordPress powered layout.  It will make changing the site layout far easier.   The theme in use was called Origin. It is a free theme that is mildly customizable, but I liked the clean lines of it. (click the image to view it larger, if you wish)

The current wordpress theme in use is Sela.